Expert C Programming: Deep C Secrets
By
Peter van der Linden
Introduction
C code. C code run. Run code run...please!
—Barbara Ling
All C programs do the same thing: look at a character and do nothing with it.
—Peter Weinberger
Have you ever noticed that there are plen
ty of C books with suggestive names like
C Traps and
Pitfalls
, or
The C Puzzle Book
, or
Obfuscated C and Other Mysteries
, but other programming
languages don't have books like that? There's a very good reason for this!
C programming is a craft that takes years to perfect.
A reasonably sharp person can learn the basics of
C quite quickly. But it takes much longer to master
the nuances of the langua
ge and to write enough
programs, and enough different programs, to become an expert. In natural language terms, this is the
difference between being able to order a cup of coffee in Paris, and (on the Metro) being able to tell a
native Parisienne where to get off. This book is an advanced text on the ANSI C programming
language. It is intended for people who are already writing C programs, and who want to quickly pick
up some of the insights and techniques of experts.
Expert programmers build up a tool kit of techni
ques over the years; a gr
ab-bag of idioms, code
fragments, and deft skills. These are acquired slowly over time, learned from looking over the
shoulders of more experienced colleagues, either directly or while maintaining code written by others.
Other lessons in C are self-taught. Almost every beginning C programmer independently rediscovers
the mistake of writing:


Modeled after the "Dead Poets Soci

ety," which was actually an appreciation group for classical

puters Society is an appreciation group

for computer architectures that no

longer exist. It started as an informal discussion

panel at the 1991 ASPLOS ("Architecture Support for

nta Clara, California. A group of friends and

forum round table on the issues involved. The hope was that an intelligent retrospective would allow

future designers to learn from the lessons of the pa

st. Membership of the Dead Computers Society is

open to anyone who has helped design, build, or program a computer system that no longer exists,

ideally for a company that no longer exists. Ther

e are a lot of these; a partial list is shown in

On the other hand, membership is also open to anyone who just thinks it's a kind of neat idea. At the

inaugural meeting, there were over 350 attendees.

The panel moderator tried to draw the members out on the "one single thing that, more than anything

else, was responsible for your dead computer." The Elxsi designer said that they had tried to push the

technology too much and used ECL (emitter-coupled logic) before it was ready for prime time.

However, the chief architect from Multiflow, which went down the tubes around the same time as

Elxsi, felt that their decision not to use ECL was one of several factors that ultimately caused

About the only consensus was that management and market conditions were responsible for many,

many more bankruptcies than were technical failures. This is understandable; companies that don't 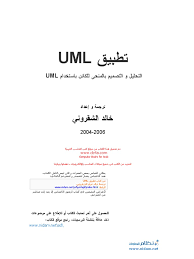 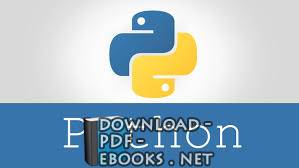